Our team was invited to build a new lunchroom and café as part of the manufacturing building office expansion project at Tramontina’s 2005 Mirro Drive plant. The first objective was to transform the existing employee break area — at the time a sectioned-off portion of the production floor separated only by barricades — into a distinct and attractive space. Now this dedicated employee café area boasts more than 3,000 square feet of space and many new amenities, including hand wash sinks, food warming and preparation areas, a seating area, and cutting-edge vending options. Contemporary colors and modern design elements, such as views to the outside via large windows that also let in natural daylight, are a major aesthetic improvement. Best of all, the café opens into an outdoor seating area employees can enjoy during the warmer months of the year.
A second goal of the renovation was to increase the office footprint and amenities. New spaces were created including a visitor welcome and reception area, a board room, a product display area, and an executive kitchenette. Additionally, the project included new private office and cube workstation space. Our team also installed built-in casework for the display of a variety of Tramontina products. This handsome feature now greets visitors and guests who enter the building. The Tramontina project also included “face lifts” for existing offices, as well as minor alterations to enhance security and traffic flow.

While the official start date was March 22, 2017, this design-build project kicked off with placement of thermal blankets over the expansion area in December 2016 to lessen the effect of frost on the ground. This allowed us to break ground in mid-March without having to employ a ground thaw heating unit. As a result, the entire concrete slab-on-grade addition was poured by April 7. This allowed completion of the Butler® pre-engineered steel building expansion in late summer. The entire project was finished January 12, 2018. 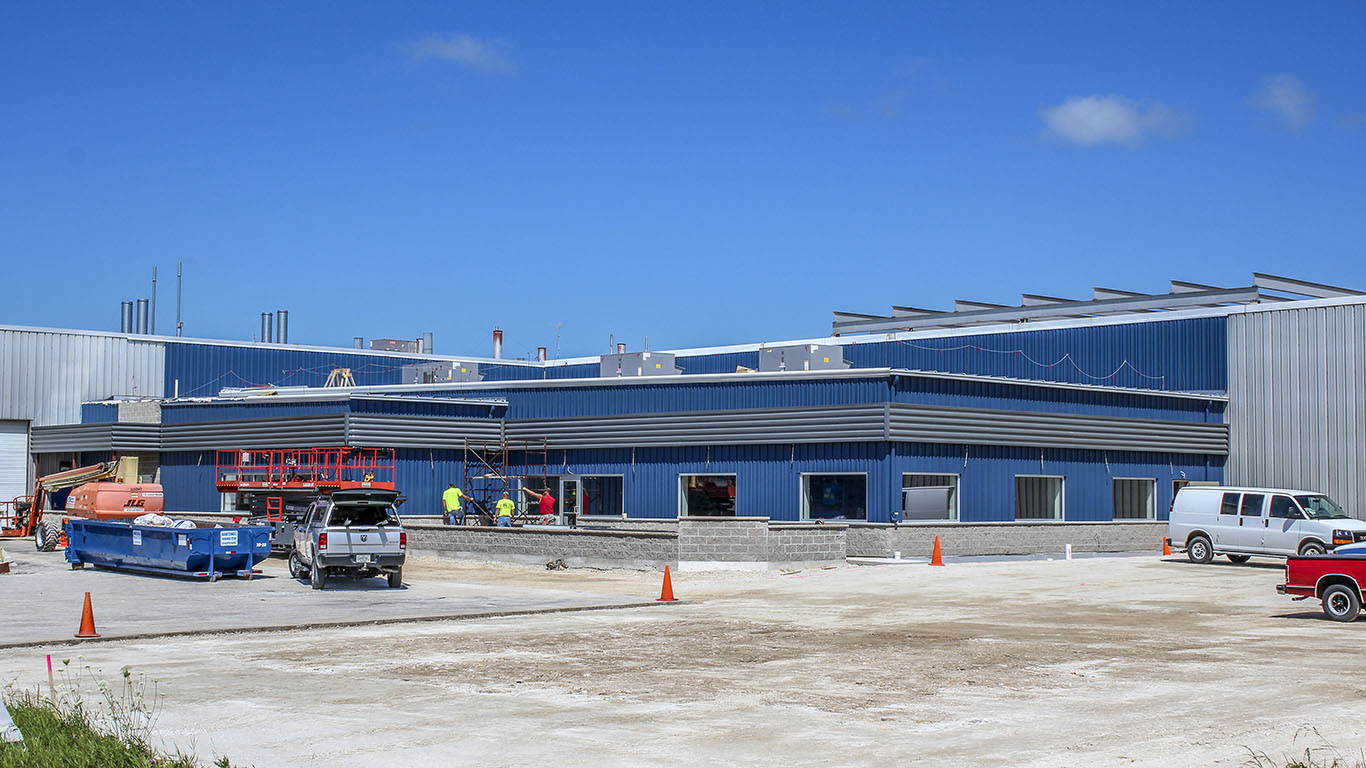 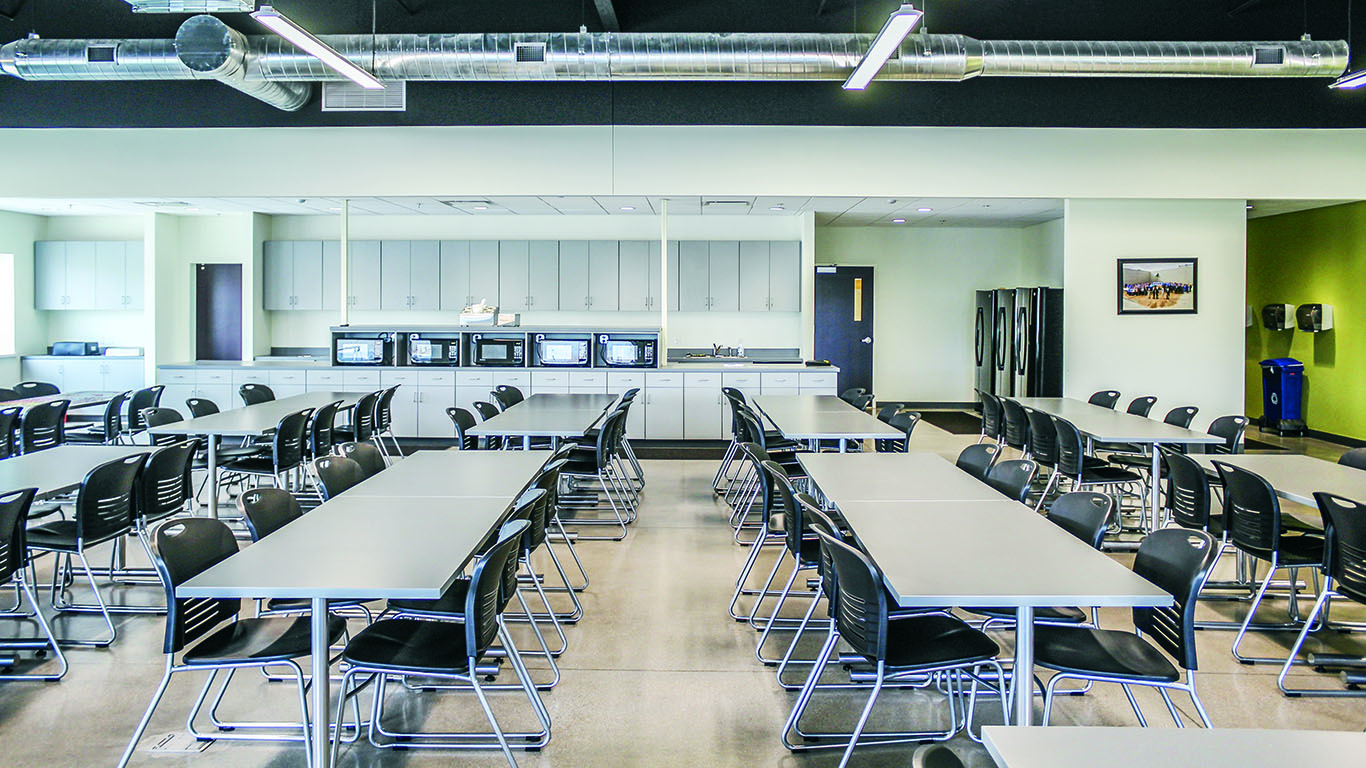 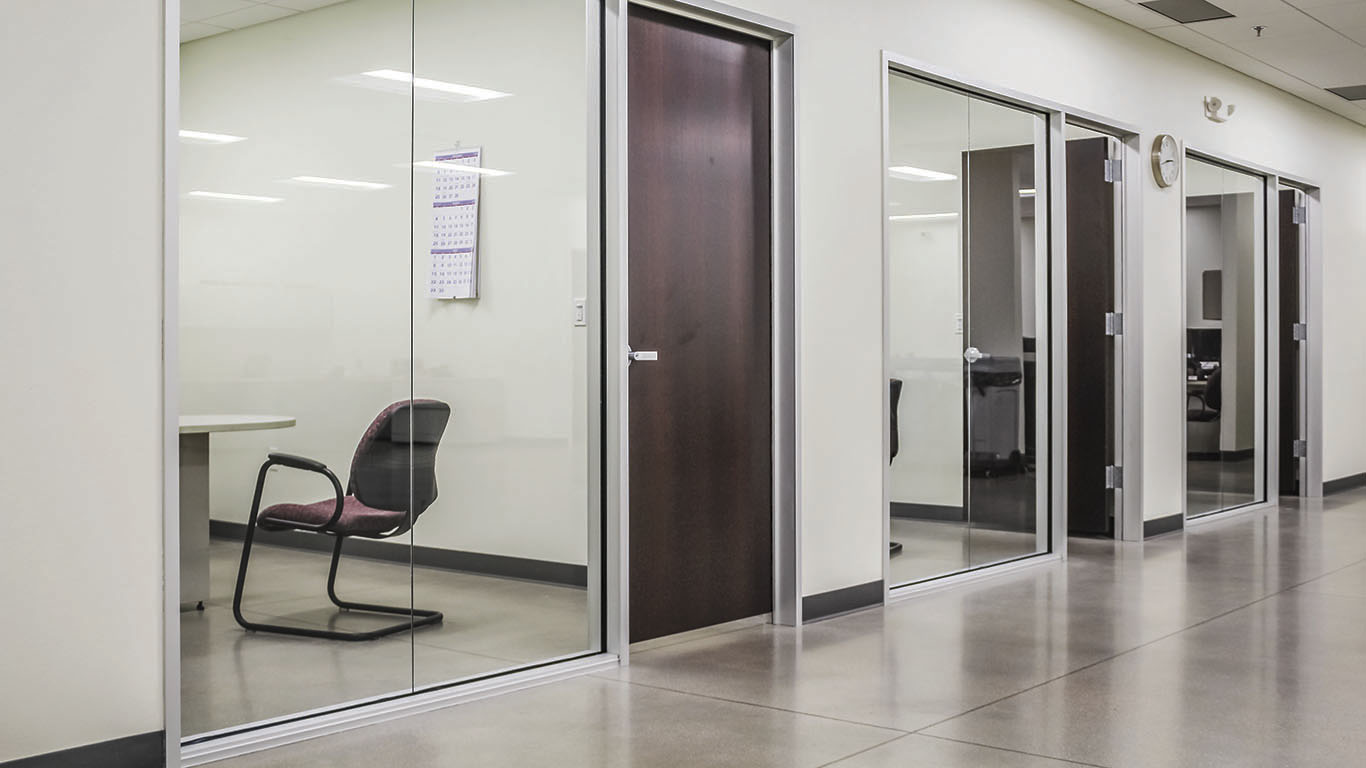 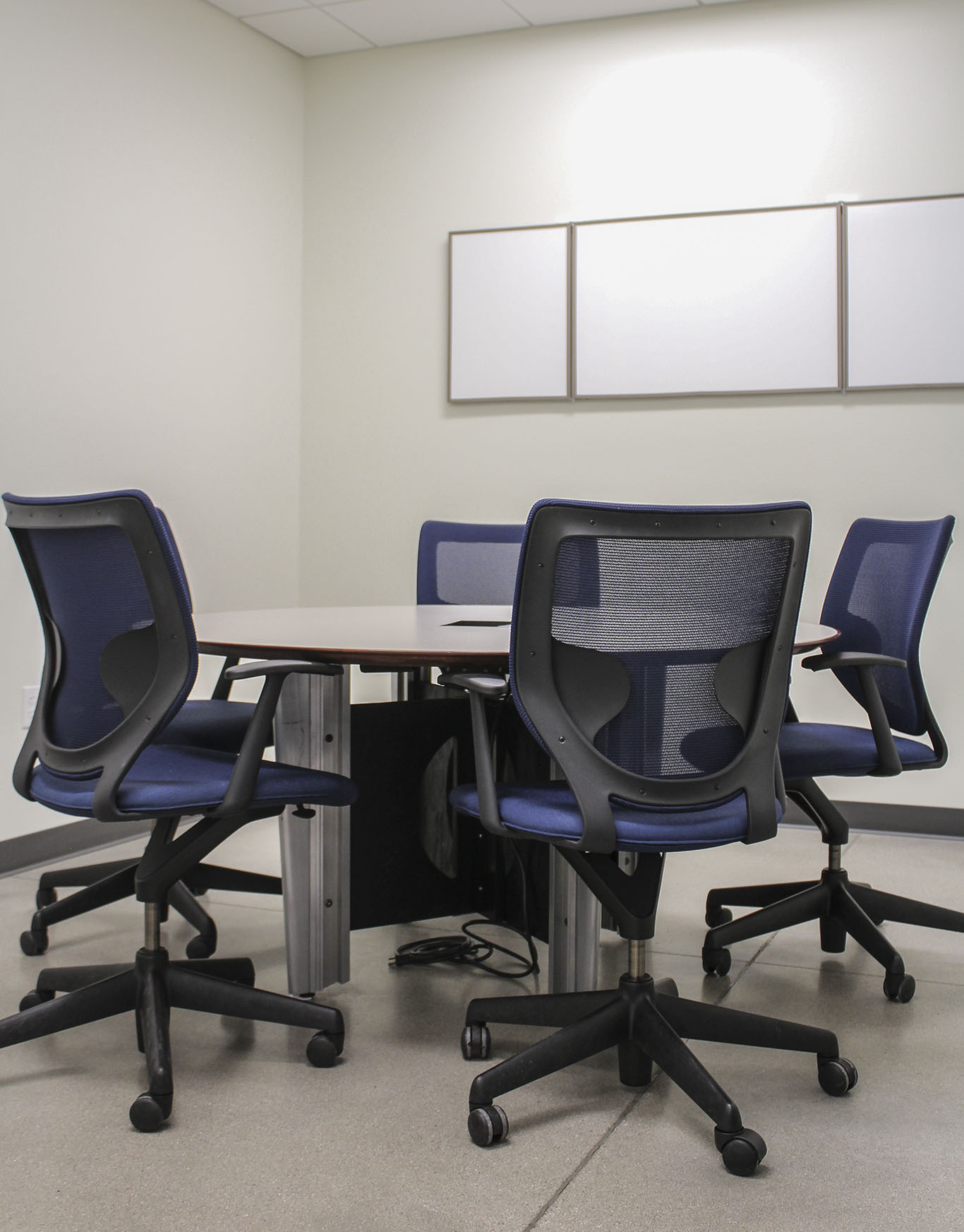 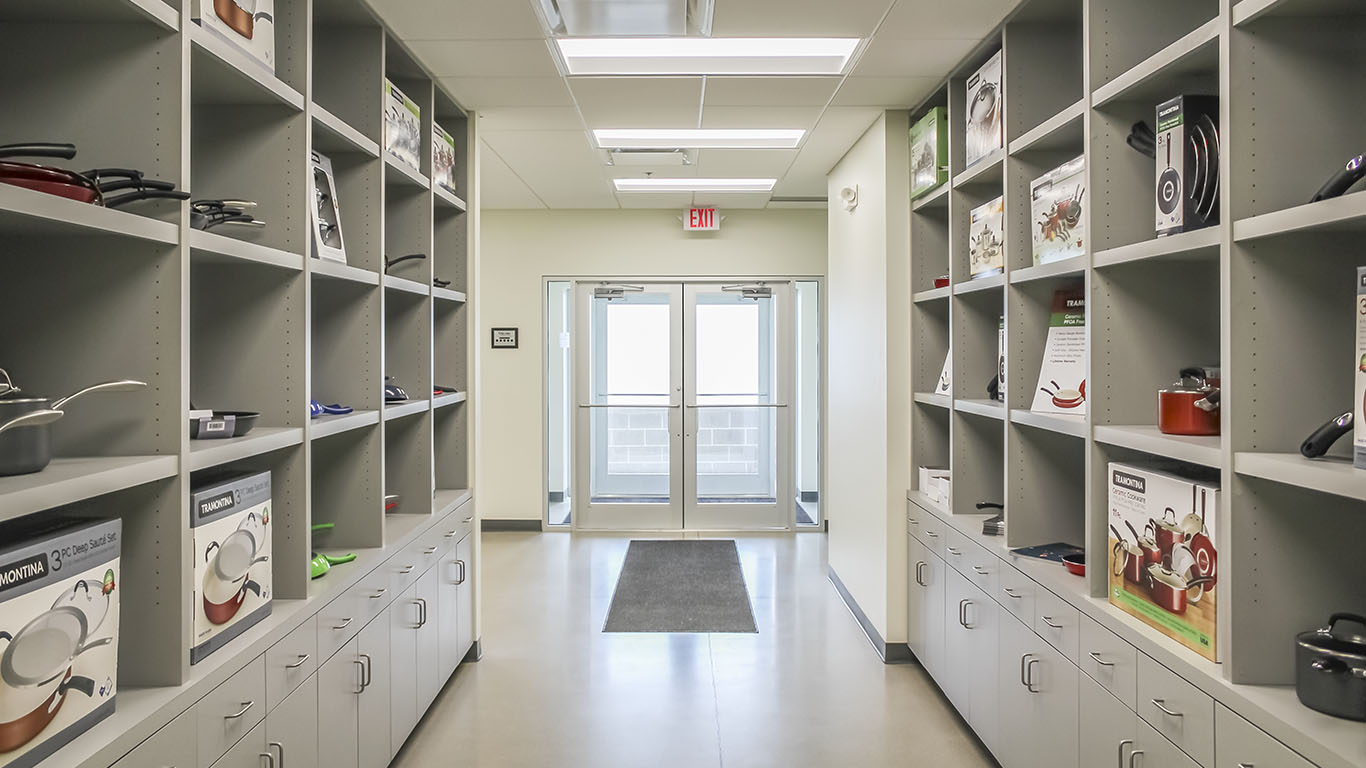 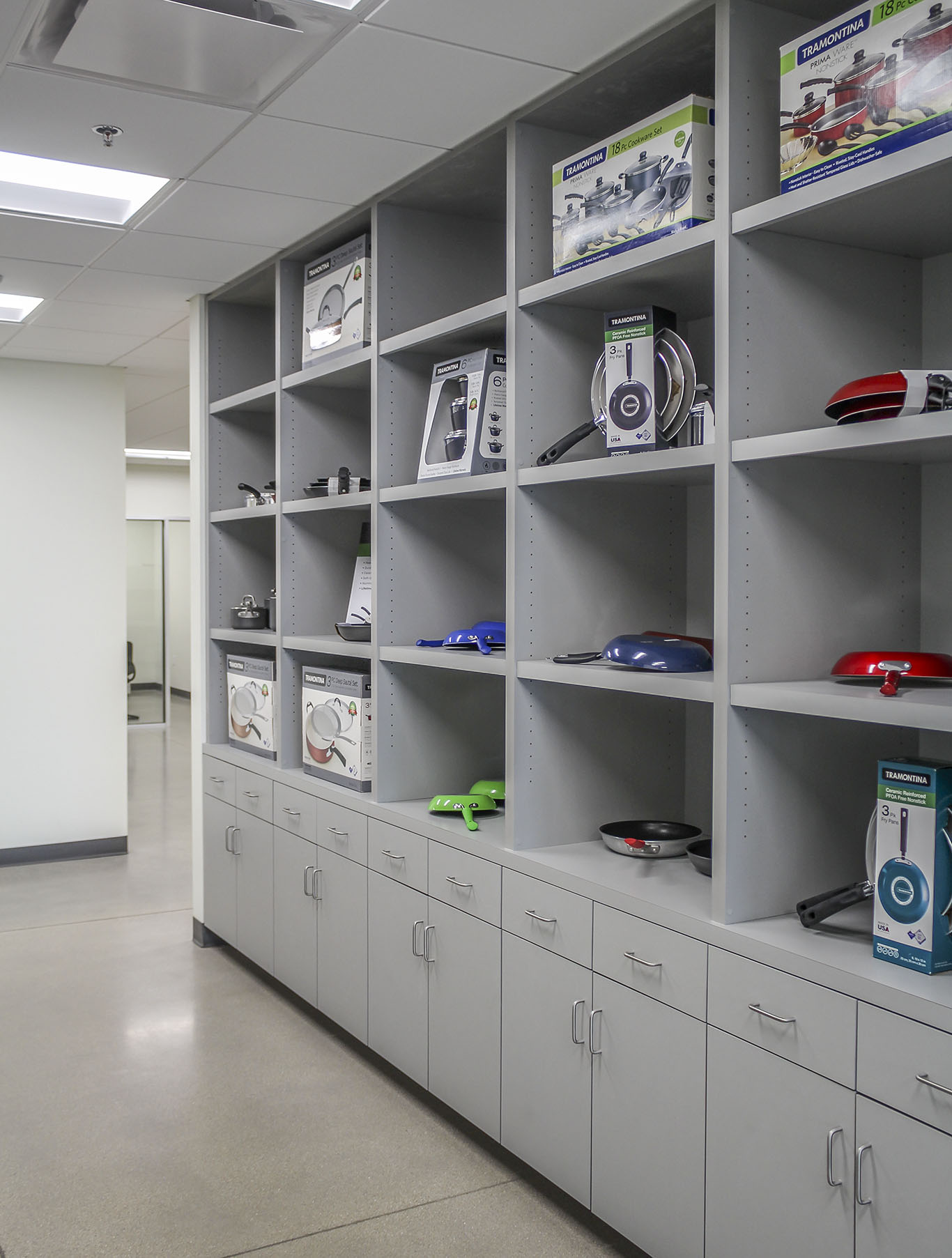 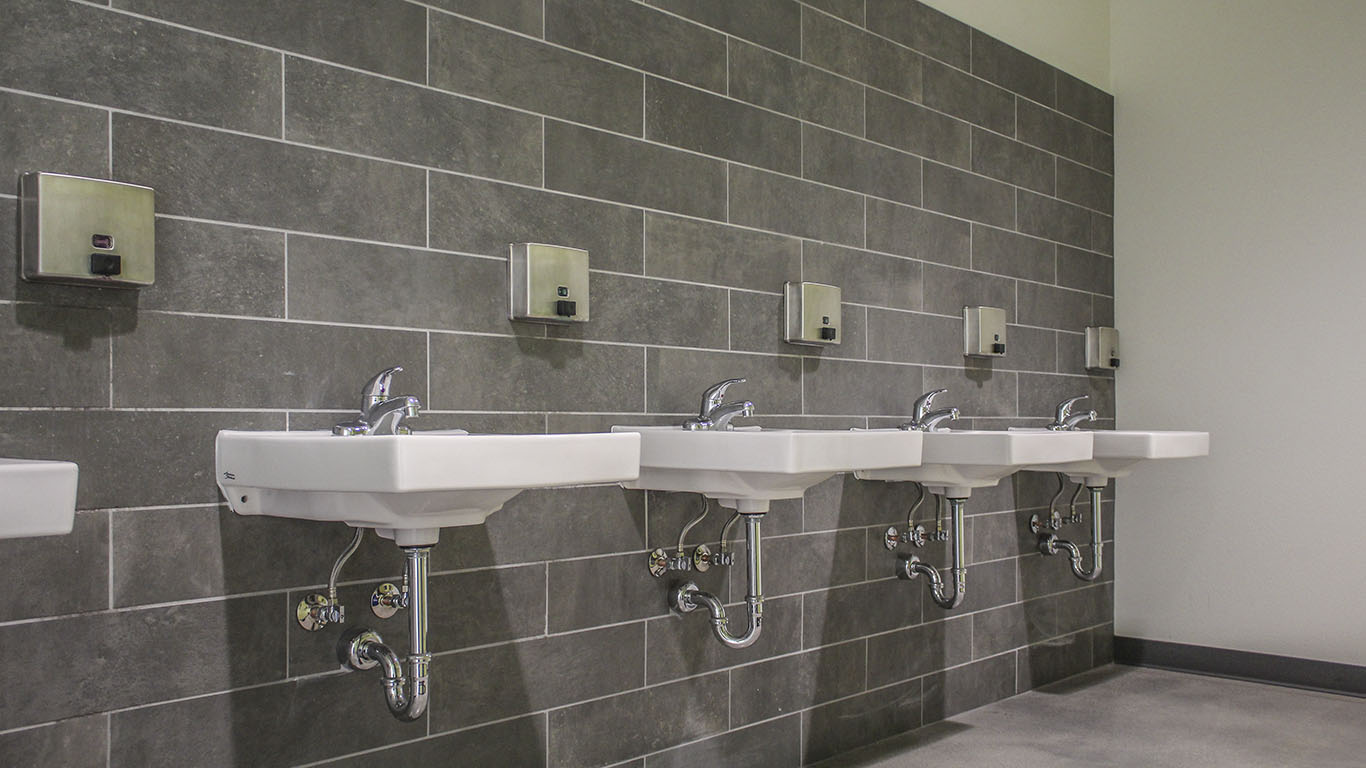 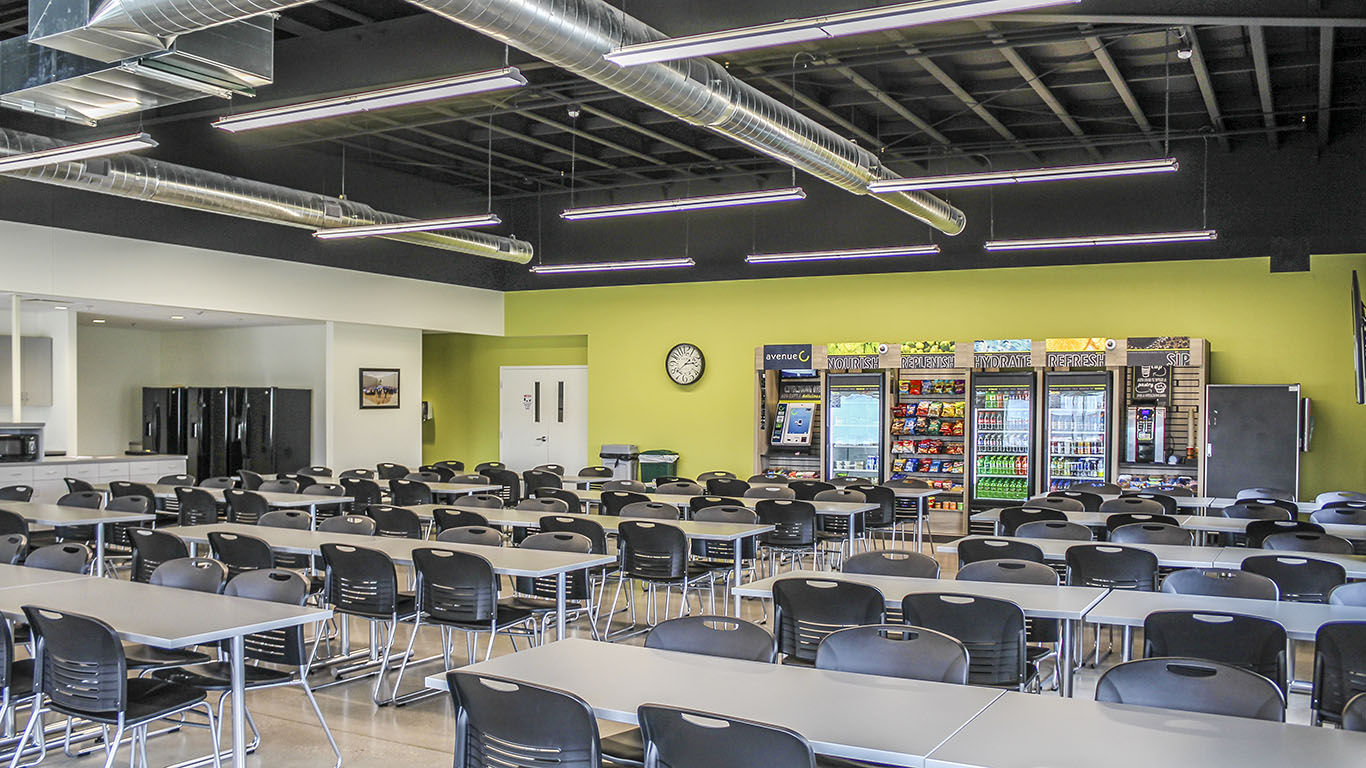